History of The Paradise Mine (Part 1) 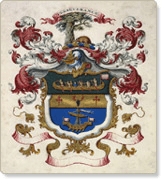 In the early years of the 19th Century the area now known as the East Kootenay was part of a fur trading district known as the Columbia District in the Pacific Northwest region of British North America.  Much of its territory overlapped with the disputed Oregon Country to the south. It was explored by the North West Company between 1793 and 1811, and established as an operating fur district around 1810.

The North West Company was absorbed into the Hudson’s Bay Company in 1821.  Operations west of the Rocky Mountains were reorganized and the fur districts of New Caledonia to the north and Columbia to the south were merged in 1827 under the name Columbia Department.

The Oregon Treaty with the USA in 1846 marked the effective end of the Hudson’s Bay Company’s Columbia Department. The Fraser Canyon Gold Rush in 1858 brought an influx of Americans into New Caledonia and Columbia.  This resulted in a threat to the colonial interests and distant sovereignty of Great Britain and prompted the British colonial office to formally designate the mainland as the Colony of British Columbia (In 1871, it became the sixth province of Canada), with New Westminster as its capital.

A series of gold rushes in various parts of the province followed, the largest and most famous being the Cariboo Gold Rush in 1862.  Wild Horse River near Cranbrook, BC was discovered in the fall of 1863 by American prospectors. The Wild Horse River yielded close to $7,000,000 in gold during the gold rush. The river is considered to be one of the greatest gold creeks in the entire province of British Columbia. A miner named Mike Reynolds who mined the river in the 1860s recovered a 36 ounce gold nugget. 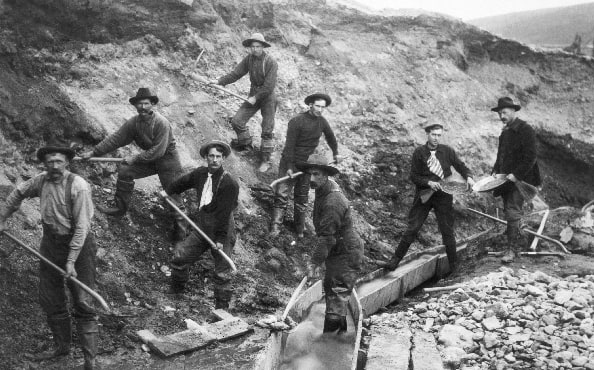 The gold rush of 1864 was directly responsible for the creation of Galbraith’s Ferry which later became known as Fort Steele.  Galbraith’s Ferry was a gold rush boom town founded in 1864 by John Galbraith who operated a ferry to take gold prospectors across the Kootenay River for a hefty price.

The completion of the Canadian Pacific Railway to Golden in 1885 encouraged settlers and prospectors to venture into the region.  As more people arrived, it was inevitable disputes over land ownership between the local Ktunaxa First Nation population and the newcomers would arise. The most serious dispute was between Chief Isadore of the Ktunaxa and Colonel James Baker over a piece of land called Joseph’s Prairie, the site of present-day Cranbrook. Tension peaked in 1887 when the local Constable Barnes of the British Columbia Provincial Police arrested two young members of Chief Isadore’s band for the murder of two miners.  The murders had taken place almost three years prior to the arrest. Chief Isadore and 30 armed men broke open the Government Building jail in Galbraith’s Ferry and released the Ktunaxa prisoners.

Superintendent Samuel B. Steele and 75 members of the North West Mounted Police were sent to resolve these problems. They established the first post west of the Rockies, Kootenay Post, at Galbraith’s Ferry. After dismissing the criminal charges against the two Ktunaxa men and mediating the land problems, the NWMP departed in 1888.  The residents of the area petitioned the Dominion Government to change the settlement’s name from Galbraith’s Ferry to Fort Steele in honour of the Superintendent of ‘D’ Division.

After the departure of the North West mounted Police, things were fairly quiet at Fort Steele until major deposits of silver, lead, and coal were discovered nearby.  Prospectors flooded the valley once more and the hills were dotted with campfires each evening.