We recently received these fascinating old photos from Tom Evans who cycled up to Paradise Basin during the summer.  Tom tells us that these photos are from family ski touring trips in 1976 and 1979.  The photos show scenes from the trail up to Paradise Mine and around the old mine buildings, which are sadly no longer there although their remains can still be seen, especially during summer.

Thank you Tom for taking the time to send us these great photos and for allowing us to share them with our guests and other visitors to our website.

The base area and beginning of the Paradise Mine trail. 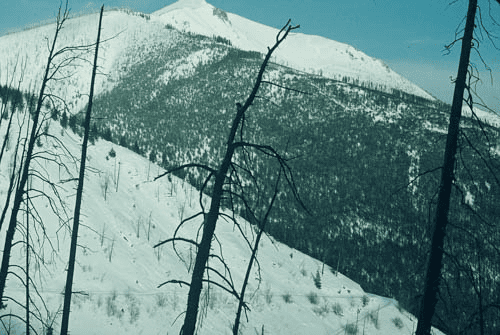 “Dusty’s”. Our guests may recognize the switch-back corner in the lower part of the photo located about half-way to Paradise. 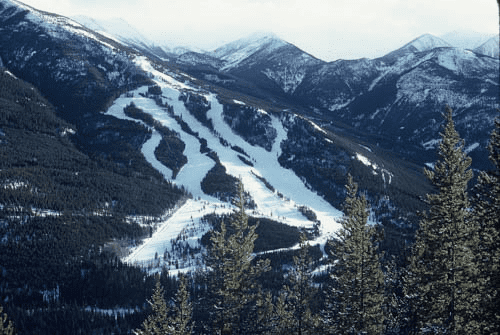 The photograph above appears to be taken from approximately the 3.5 km mark.  The photo below appears to be from the “Dusty’s” area about half-way to Paradise Mine. Panorama Mountain Resort looks quite a bit different now. There are barely any buildings in these photos but regulars will recognize some of the main runs.

Tom tells us all these photos are from 1976 and 1979.  In the lower photo more runs have been cut higher on the mountain, so the photo above is most likely from 1976 and the one below is three years later.

The development of ski runs at Panorama Mountain Resort is an ongoing story as just this year Panorama has announced new terrain in Taynton Bowl.  It’s interesting to see these photos showing the expansion of what is now the main part of the mountain.

Read more about the history of Panorama here. 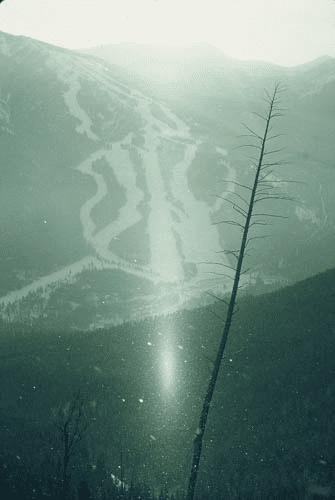 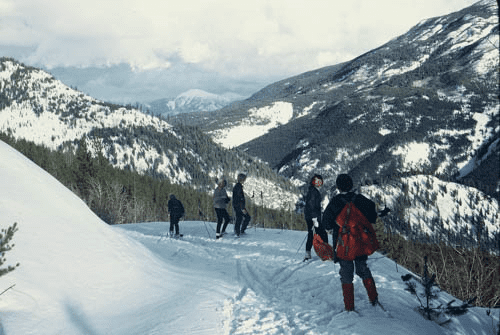 This photo also appears to be in the “Dusty’s” area. The Canadian Rockies are in the distant background while below is the Toby Creek Canyon. 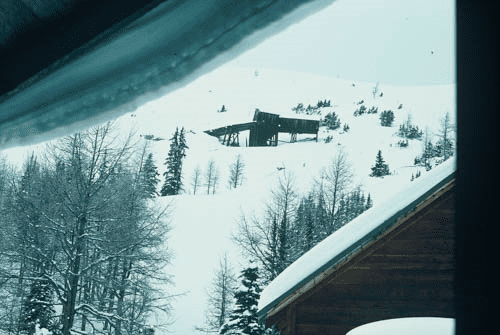 A photo from inside one of the mine buildings looking up to the mine entrance area. 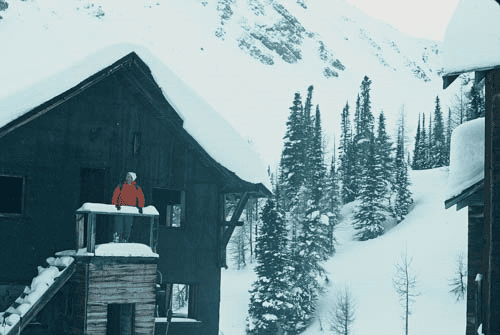 Exploring the mine buildings in the area below the present day Paradise Cabin. The renovated cabin is the only structure remaining from the mine days. These buildings look like they were in great condition still in the 1970’s shortly after the mine finally closed. Sadly they were burned in the late 1990’s due to their state of disrepair. 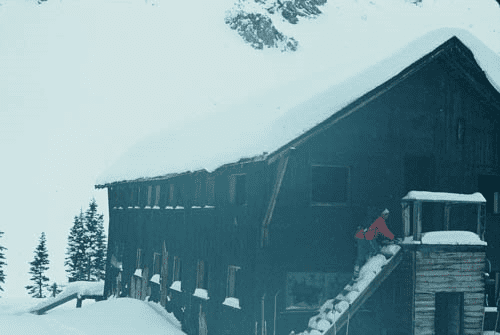 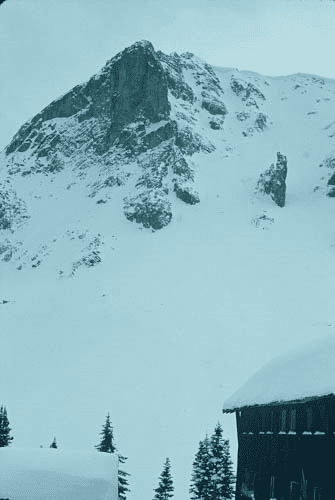 A view of the slope know as “The Reaper”. Our guests will recognize this as the slope directly across from the Paradise Cabin. 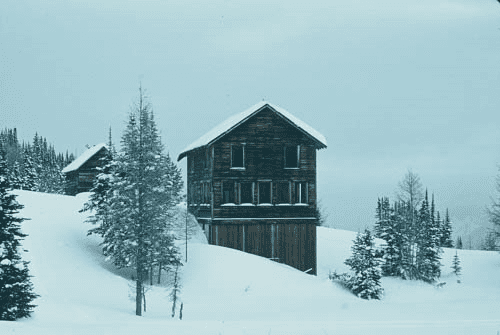 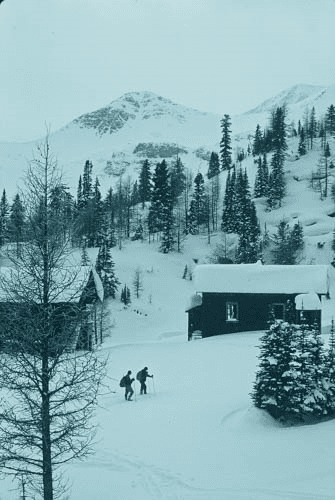 A view looking into Paradise Basin. Watch Peak in the distance at the back of the basin. 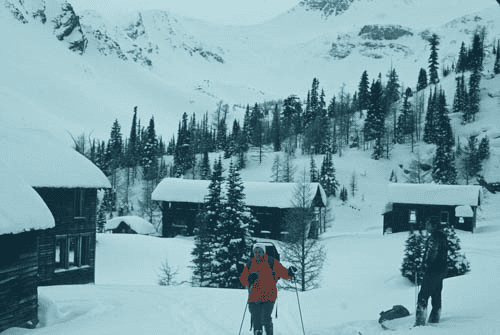